How Much Can an Excavator Move?

Excavators are important pieces of equipment in construction, building, and mining. Built specifically for heavy-duty digging, an excavator – even a compact model – can seriously increase the efficiency and productivity of your team whilst also lowering operating costs. The right excavator will ideally balance power with strength whilst maintaining maximum efficiency to meet the requirements of your project – but how much can an excavator move? Today, we will explore the different styles of excavators available, their capabilities, and the applications they are best suited to. 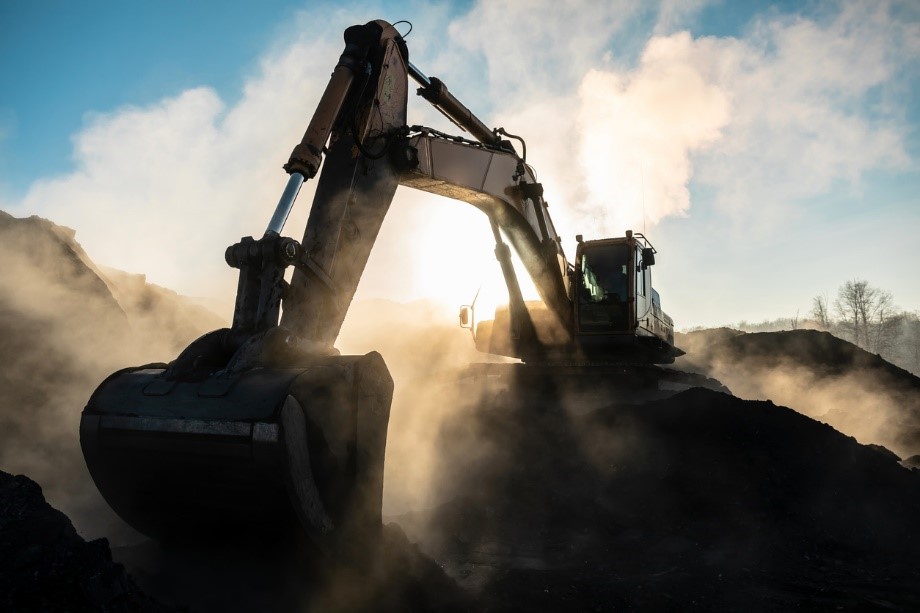 What is An Excavator?

They consist of a boom, dipper, bucket, and drivers cab on a rotating platform. The cab usually sits atop an undercarriage which will have either tracks or wheels. Most modern excavators utilise hydraulic fluid, cylinders, and motors to provide movement and function.  Cable-operated excavators see limited use these days, predominantly in open-pit mining and dredging. There are several different types of excavator, with the most widely used types being:

Crawler Excavator
Crawler excavators run on two rotating tracks, similar to a tank. They are relatively slow-moving, but the tracked chassis makes them suitable for steep, uneven, rough terrain.  As a result, they see widespread use in mining, construction, landscape grading, and groundworks.

Alongside the two most popular styles of excavator, some models are designed for specialist jobs. For example, suction excavators are used for fragile digging jobs (such as working around utilities) and debris clearing.  Long-reach excavators have a long boom and dipper for hard-to-reach areas and dragline excavators use a hoist rope system to perform deep digging jobs. 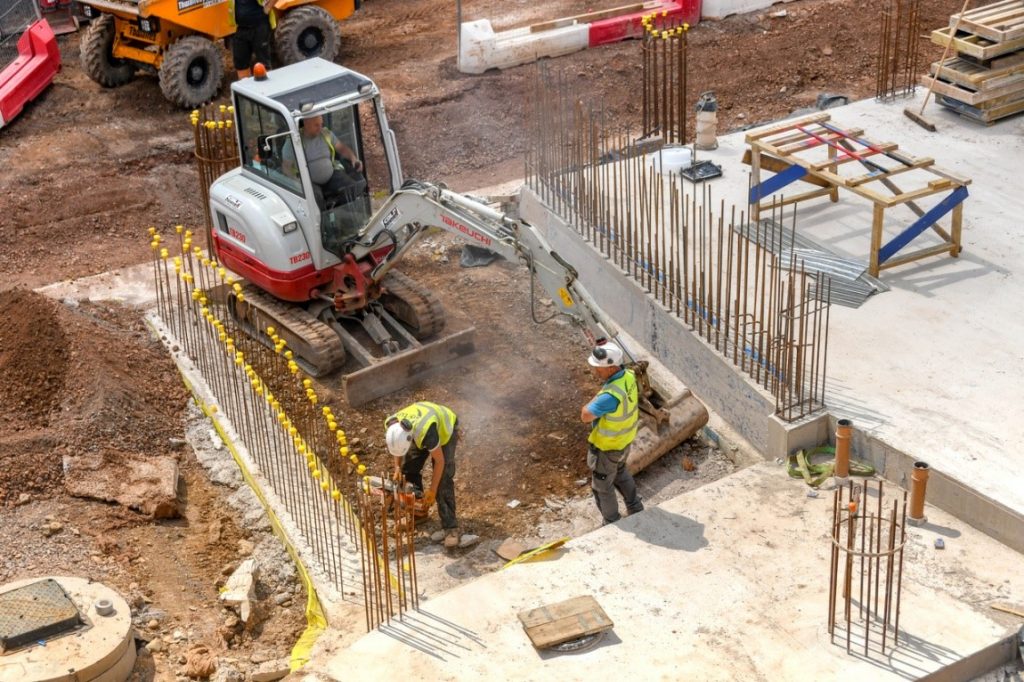 What Are Excavators Used For?

As discussed earlier, excavators are predominantly used for bulk excavation, drainage trenches, and foundations – but they also see extended use across a whole manner of applications and have many attachments that can replace the digging bucket to make them suitable for many jobs. These include:

How Does An Excavator Work?

The operator of an excavator sits in the cab and uses pedals and levels to steer the machine. Both the tracks and the hydraulic motors which allow the arm to move are engine powered. The engine usually uses diesel.

The excavator’s arm is comprised of two sections (the boom and dipper) joined by a hinge with a bucket at the end of the dipper to excavate and load – which can be swapped out for other attachments depending on the work the excavator is doing. Hydraulic pistons attached to these sections allow the arm to be raised and lowered and the bucket to perform scooping and digging motions.

In terms of mobility, tracked excavators operate differently from their wheeled counterparts. The tracks are rigid, fixed in place, and stationed around gears that receive power from the driveshaft connected to the engine. The tracks can roll forwards and backwards in a straight line, but to turn the machine, one track has to stop entirely whilst the other is in motion, allowing the machine to turn in an arc. This can be quite a cumbersome process, which is why many excavators come with a rotating cabin to allow for easy 360-degree movement. 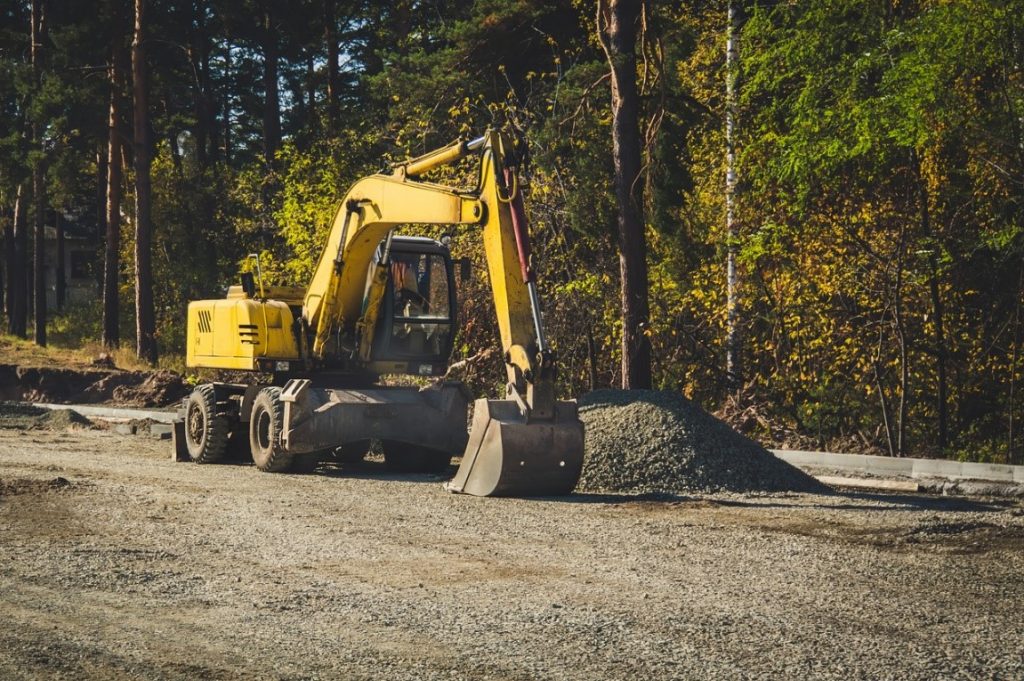 How Much Can An Excavator Move?

How much material an excavator can move depends on many different factors, including:

Given the range of excavators available, it would be unwise to put a number on the volume of material that can be moved per hour. Instead, if you’re looking to hire an excavator and want to know what each model is capable of, the best thing to do is to speak to your construction equipment hire company, who will be able to guide you through choosing the right excavator for your application.

There are also many other factors to consider that can affect an excavator’s performance. Some of these cannot be controlled – like the condition of the site that the excavator is working on. The topography and geology of a worksite can influence excavator performance – particularly if the soil is hard. Climate, severe weather conditions and temperature are also influential.

Other factors are controllable. For example, correct excavator selection is important – choose the wrong excavator for your given application, and you will find it cannot perform effectively.  This could be selecting a wheeled excavator when a tracked excavator would be more suitable or vice-versa, an excavator that is undersized or too large for the job.  One of the most influential factors that is usually overlooked is the competence of the operator.  A well trained, experienced and conscientious operator can make all the difference to safe operation and productivity.

To avoid making these mistakes, always speak to an expert. Here at AE Faulks, we specialise in excavator hire in Birmingham, supporting the building and construction sectors across the East and West Midlands. Contact us today for more information if you require excavator hire or plant hire in Leicester and other areas we cover.